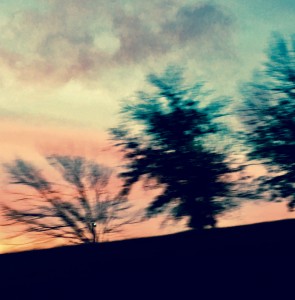 One time I was being spiritual and it really wasn’t working out so I decided to try something that might give me some power. Magic. So I got into Aleister Crowley. Don’t judge me. I was 25. So I cleaned out all the dust and cobwebs in a dark little room in the back of our house, there were no windows in this room, just a water heater closet and an old black tile floor with little stars all over it. Even the door leading in was smaller than usual, it was an eery room and so mostly avoided until now. I thought, “perfect for witches and warlocks” I burned coal with special witchy resins I bought from a store called Psychic Eye and lit mysterious candles everywhere, some in shapes like cats and women and moons, I painted the required pentagram on the floor, hung black things everywhere and when the room became smoky and creepy enough I went to work, conjuring the forces of of the sephiroth. I worked overtime. Sure I was a little jumpy, getting in over my head like this…but I was cool,
in a hot dark sort of way. Well, let me tell you things opened up, I am not one of those people that can dabble in the occult. Due to certain astrological factors I will get actual results. It’s a big astral world out there and a lot can happen. I did these rituals religiously. I wore special outfits, I did the incantations in a spooky witch voice just like you’re expect, I gave up any tedious human interactions and spent most of my time making magic. That’s kind of how I can get, extreme for short periods of time until the scales tip, as they always do and I go a bit mad and get really unpredictable and volatile or I become very distant and icy always looking off as if I’m watching something go on somewhere other than here and now. I know this, I know it disturbs people. I do it anyway and maybe because I’m all about effect. But not really, I get possessed by astral energies. I am a medium and so I have to be careful. I know that now. Back then I was a walking ouija board, it got out of control pretty quickly. Realize I was naive, not wicked. Anyway, things started catching on fire. Swarms of bees came from out of nowhere. Lights kept exploding. Things would get thrown across the room. Dark figures would stand in the doorways looming. Voices, bad voices would talk into my ear threatening me. I went fairly insane for a few months. I got to where I was even afraid to close my eyes to sleep thinking I might disappear into the black hole I would see before me, this precipice is real. The world of the moon is the astral world and it’s the world of dreams, nightmares, witchcraft and the wandering dead.
They all wanted in, to me. I told you I’m a medium and they knew. They all swarmed me nightly like mosquitoes and I couldn’t fight them off. I’d opened this world and I couldn’t control it. I could hear laughing. I thought it was the devil’s voice laughing at me. He would laugh and laugh at how fucked I was and yet, I have always had protection and so although I seemed assaulted, I was simply learning an important lesson. You can’t make magic. You can only be magic. I stopped because I had to. I couldn’t sleep, had no peace- just ghosts and dead people and weird paranormal phenomena. It took a few months to clean up my mess. Burning sage. A lot of sage and frankincense. Putting pictures of every imaginable saint everywhere. Taking down the witchy apparel, opening the door – getting air in the room, playing holy mantras 24 hours a day in the room, and putting salt in all the corners to absorb negativity. I did this, things slowly improved. I can’t even begin to say how important it is to not play with spirit realms thinking it’s spiritual just because it’s invisible. 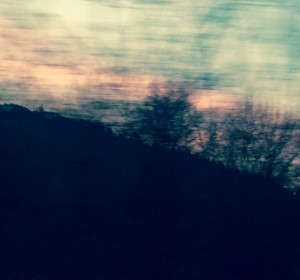 I will find the words to describe the invisible. So that I don’t get possessed by possession itself. I will make a sound to define what we haven’t said to each other. There is an astral species that inhabits me, together we hear each other. I will look into your other eyes, it’s fear. On the outside, the wrong eyes don’t know me. So I’m showing you fear, the empty gap of the undefineable space. The heat we want to fill with human love, can you complete this mirage of me? The unanswered answer. Invisible clinging to the astral heat in my unspoken body. Unspeakable wicked to the wrong, fear filled eyes. The question that never had a right to exist. The question was am I wrong? The lonely one, reaching for solace in other fear filled entities. Marriage is black, wrapped and suffocating the one inbetween the two breathing making her body in the darkness of truth. This is it, it’s all over. Get off of me now, can’t you see I am inside these feelings, I am a moving feeling. I want to show you a world hard to find. I am inside a place that can’t be found, hidden. I am the hiding itself. Veil of insight. Wave after wave of emotion, devil whipping devotion, deep stirring disturbance. Eyelids that block. I know you want in. Inside of the outside. Blow by blow. Black raping vision, down between the worlds. Cracks in my skin, dry lungs. Out of world breath. Take the pain away. Whoever can’t see the unseen, die before morning. Surrender to the pain. Whoever can’t bless with the black hand, rip the make believe sky. Open to me. Powerless and tapped. Power. Invisible garden of eye flowers looking for him. He’s risen from death herself and we see him. Belonging nowhere but here. Morning is lost. Lost in her eyes. Moon, I always think of you. Over the garden at night. Secret garden of eye flowers drinking moon milk. Astral aurora, my own self of it all. There is nothing you can’t hide in your sorrow. Be me, magic is folding the tide over this body. Magic is holding the bone that the scepter was being. Outside this realm, there is another me. A deeper me. A blue vivid sea of eye flower me. A lapse of me. The current of long ago, converging at the fork in my head. I float looking up at her face. This is hopeless. Love Lost at sea. This vision of me. Washed up on the shore and the shell sang to the world. “I am the body of water. I am the one looking down. I am the lost one who found you. I am the voice you can’t hear. I will take you. I will give you. I will forget you. I will remember you before you knew me at all.” Surrender at the shore, foot of the moon. Sovereign communion. Bone bearing vessel. Dare to believe in the five pointed star. Flower eyes. Open to the unseen light. He is coming. Pentagram, seep into me. I found old words you left, agony. I found pieces of the letters that would never fit, sodomy. I found webbed feet throbbing deep in space, clarity. I found nothing but what you didn’t want. Which was me. Bending over the bowl, vomiting blood moon. I am the one. Don’t you forget where magic arises. Petal by petal, In the crossing over from face to face. She is even more beautiful than the day she was born. Again my invisible dagger. I did it all to myself. Rode the darkness into the light. “Because I’m deadly before the dawn,” Said the Venus star. 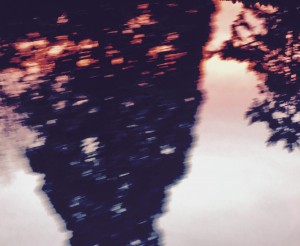 I was meditating this morning. Today, December 19th is my birthday and I noticed all these beings and saints around me. They were blessing me on my birthday as they always do. By the way, I do hear and talk to the other realms, it’s very real. You can believe me or not, it isn’t important. Anyway I asked, “Where am I now?” The asking was subtle. And then, a light came upon me and I was told in so many words, that I was here breaking out of every box imaginable and that I have never rested in any comfortable container. That I was on an heroic journey from beginning to end. Then they showed me riding on a horse through a heavy raging dark storm – and they said, “You’ve never stopped once.” And then I said, What will happen at the end of this storm?” Then I saw the dark storm end and the black horse I was on turned to white and we ascended into the Golden Dawn. Happy Birthday was the end. All my love to you is only the beginning… 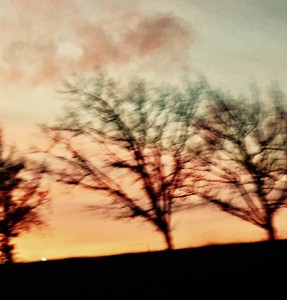