I might be dying. I’m strange reluctant redundant and powerful. What if death was all there is? I could do anything I want, it’s the end of the world, me. More than one person has said I’m being used and should stop the blog. It’s true, I agree and not only used, but I exploit myself like a crazy discount whore. Like I’m mad, insane. I am planning to die. I’ve never really yet lived as far as I’m concerned. I have nothing to lose. I use poetic terms because it sounds nicer, but whatever. I’m old, all chopped up, I don’t care at all. I consider hospital visits like a vacation. The only real authentic place on earth, the modern day charnel grounds. Nice new clean knives, sheets, people obeying you, giving you drugs and smiling. What? It’s a nice place. It’s the truth, it’s more real than sex, and taps God just like that. I’m so tired of being a “person” human or not, as long as you see me as an earthling, I am forced to follow certain protocol- well, that SUCKS. I’m in deep rebellion, it’s a personal thing. You see, you are right- about it all- even the sad story part- the thing you don’t understand is, since I’m not real, neither are you and so I can do and say whatever I want- death is a charm, a mojo, a promise that who gives a fuck. I am SINKING. My body is frail, sensitive- my nervous system is overwrought with information I don’t need to know. Other bodies disturb my astral stomach, heart and mind. It’s got its physical repercussions, I pay big time. Changing my name from “Kali” helped I guess, but not enough to make me social. Spiritual names are such a desperate scam. Yes I participate, I’m trapped- one of those three legged wolves, but fortunately my body doesn’t count for much these days. My blood, which used to be red, is now bluish violet- with odd shapes floating in it, different than stars, but more like crosses and crossroads- DNA hybrid they’re still working on. I’m an experiment of sorts, and I’m not sure things are going as planned. Pretty sure, no. I’m an etheric wreck, an energizer bunny disaster. Like a wannabe upside down jesus on crack and maybe steroids too- I don’t know. The mirrors won’t talk. So anyway, they can’t even give me a blood transfusion if I need one- they don’t know what to do, they just take pictures and stare at me, offer morphine, sharpen the knife. It’s the kindness of strangers, that’s all. What’s wrong with that? No. I’m not special, I’m a road going two directions at once. Dangerous and ridiculous. Anyway, the same old sad story, YES. And that’s only because I’m focused and know what the end is and will always be. I am not romantic. I don’t require dating. I don’t like talking, food or camping. I’m not a hippy, I’m not ANYTHING. Seriously, wtf should I say, write? I do it because why not? I’m so acutely bored I haven’t taken a breath in days. I don’t even try, I’m a fake. A fake human. An uninterested window to the sky, why open? So I think you might be expecting something I can’t give, like substance, sense, direction, hope. Sorry guys, all hoped out. Death is a bad lover because I’m always on the bottom. Yet, he’s all I got or want- it’s the intensity, you understand. Plus, he gets me, doesn’t get afraid (obviously) so it’s a match that I can comfortably relate to without getting all dressed up, being pretty. God it hurts. I’m numb. I am a freak of nature, I have no home, face, family or consideration for anything that passes time. I like to clean and complain. Boss my dogs around and force feed people food I won’t even eat. I would like to know about you, anyone- how you’ve created a brand new shiny day from scratch- maybe you can help me. I would stop the blog. I’m being used, abused, exploited and it’s TRUE. You don’t see the emails. And that’s why I am a lunatic, my agenda is an enlightened twist of organic wicked. Beware of my supernatural power to write useless twilight garble nobody understands, cares or even wants to. Only the aliens see me clearly. Yes. ALIENS. My star race. Earth. Believing in earth habits. Practicing earthling life. It’s all a tremendous magical spell being cast on both of us. Rugged, dirty, tragic human life a part of you. And a part of me. The violence is uncontainable. The loss unavoidable. The desire unhaveable. I’m not hung up, I’m just gone. Sweeping the floors of ET hell. There are many viable options, races and places you know. Ashes that’s where I get them, the hell to the left. Ok, now you know. Nothing is serious to me, nothing matters but the loss of blood. I would like my ashes flushed down a clean toilet. I would like to be driving the craft myself next time, beam me up, anytime. No tracks, no tears. Nothing but laughter. I was wrong, about everything. You’re cool. I’m unappeasable. That’s the zig zag of zero. A big hole of nothing. Religion. Fine. Have it your way. Tantra. Haha. I might be dying. You might be me. That’s all I really know. The rest is just those voices in my “human” head…circling like an alphabet of vultures. Sharada Devi 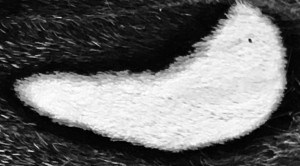 9 thoughts on “upside down jesus”