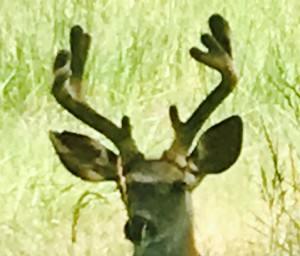 I was counting and I saw two deer, death was approaching. Faster than any word I could say, the sun swooped down and took me, unafraid into the night. The deer shook like earth was a vengeance and I stood disheveled, righteous even and as bright as a god. Shadow laughing, light hooked the valley. It was the countdown, the final day. I could say, I love you at last. I did not touch the deer, precious lover. I swooped and destroyed their bodies, like clay in an oven, I made something new. A vessel. A holographic tomb. All I heard is that I left a spark, enchanted death who took me. “I love you,” he said as another sun rose in the east. I wasn’t there, I was with you. Blue blanketed space with me. Under the night, the radar of scope. Another heavenly body shot down. Hocus pocus, madness. Loose ends making mad love all over earth’s floor. I came in peace, I always do. But the prism is watching, fractured daylight bodies of a faceless gaze. This wasn’t real, I didn’t turn around. The east was dead and buried inside. Me this womb, holding you. This cradle. Masterpiece perfection, letters even unwritten. Nothing matters. The ground held steady. A bandwidth, a stream of demons approached me. “We took two deer.” One said, the one with blue eyes and a silver moon dangling from his tongue. Priceless jewel, don’t stand so far away. Take as many as you can, hold me down to my words, by my sound body moaning for light’s bloody hook. A knife’s ray of sun light. I stood in the doorway and watched him die into a cascade of renegade flowers. I never threw them, they came on their own. A great peace, a rain of beloved. Don’t forget me when I’m dead and covered. By you, it’s you the one who brings me everything and leaves me nothing. Empty, I hold only you my last breath until tomorrow. There is a secret teaching for the two who tangle, roots, antlers, hooves, flesh on bone. A secret breath that circled between two galaxies, a gut wrenching stop to it all, whispering death at my door. I go inside anyway and find you lying and waiting for God who is quiet, like a deer. Not alone but loved by another. Deer. Running death, deer. Only the silence of a blackness pulling, eyes from the night where we kill two deer. Violent and hungry. Soul stirring inside the secret. At the end of the world holding hands I’ll be there. Moving for you like a ribbon of light, colored river of rainbow, a body between a body. Temple gyrating eight levels of pain. Don’t go down, get under me dying. Counting, forgetting. Breathing in and out of the union. She died where I’ll die with you. Undiscovered like two refracting crystals in a cave since the beginning of time. Knowing light as this moment of bodiless hollow. It’s true, it’s all true. Starlight through my window.

You. The deer caught in my eyes, the sound of black light cracking, the roots of unseen trees tying an eternal knot beneath us, I alone did not make a sound but watched the sun weep into silence and then into a thunderous rage. LET THERE BE LIGHT, and he swooped like a vulture,
me in his hooks, up into his sky. I was not afraid but in love with the first born, blackness of light. The one who began us. This land we live upon, these roads we walk searching, the faces we search, moving our minds into likeness. The way God, who is God speaks and undoes things, like buttons and zippers and long strands of leg. Let go of your own, something lower inside, let me have what you are, a bolt that brings dawn. Not the dawn from above us, but the dawn from below us. Not a river of water where the sun shines into mirrors, but a river of fire where the sun drowns in sorrow. Even I could not find her in the smoke from the friction. He, the one before the sun, who I thought was the sun, who hides behind the sun, who rides on a carnivore with dark, sinister wings, who leaves a sound in the wind, like the sound of God’s last breath. Heavy and hot where I want you inside. Light otherworldly deer from a vast land, penetrate my words and make tears fall like bullets from clouds too stormy to dream from. I’m telling you the truth. It’s another sun, another light, another darkness, another entanglement. A strange work of fiction, a consummation bound by bones sewn into bodies of warm water and sewage. He is the one mistaken for God. You are God. I knew as I lay in a space between worlds watching one of the many moons approach me. I was flat, shapes fell onto my body, oracle of skin, divination of the prophet moon. And so these were the signs of the night, the symbols in the vision. And it was all very clear how pages turn on their very own and words write themselves and this lunacy has a meaning just like the sun that hides and gives you life. It wasn’t someone else, it was death the immortal womb maker, filler and taker. It was my black lover, a secret curse revealed only in two’s. This is how we get there, we listen to the flame that hides between us smoldering. The deer, it’s an illusion, the sun, it’s a prop. The lover, he’s a killer, the moon, she’s a trap. The words are a riddle, the secret is luminosity and the tangle is of pure, rabid flesh, bright red fire, hopeless completion. Isolation, pain too sterile to undress, a beast too seductive to stop. Reproducing, desire blood and love, which must, because of this catalyst, be the same thing inside and out. What I want, everything I want, the emptiness won’t dry up but flows as I float towards you somewhere dreaming of deer and a sun who sees me. Being inside the mystical triangle and not cutting out my heart. Handing my light, however hurt, to a world much darker than I. At least I’ve seen you, the one giving the bird. Vulture my carcass is hollow and it’s all because of you. Primal God of the dark world, understander of sun. Worthless talk of penance and redemption, I stand beside you watching bodies bleed, hung upside down.
Decapitated, seeing the other side, the ground on top. Bleeding seed, head seed, into Mother Earth, the dark survivor. It is the end of me because I saw the deer and remembered the twilight of hearts that once entered can never return to before. Before when we thought God was above us. Not inside us or below us but I know, I saw, it was you. Completely insane I cling to the moon who turns me to fiction so I can pretend our love is a meltdown when really it’s a showdown because I’ve got the body you want, timeless one. I am whatever you shuffle or pull out from underneath me. I am wild black invisible eternity. A lock of myself keeps you inside blowing over, blowing me, desiring my eyes to undress the undresser of time. Devour whatever you want, I am whatever you want. Always the same cursing sequence of intangible unattainable wrath. Unquenchable, ultimately unfuckable, unknowable emptiness, free from freedom but desired inside the murky shadow of shallow breath. Love held me still, deep in the silence of an irredeemable perfection, flawed human love, too doomed to let go of our dying bodies we clutch the other as God and it’s the greatest beauty of all, this need for there to be two. Is the most profound broken heart, God’s lonely body on the floor.

This mess is divine. Sharada Devi 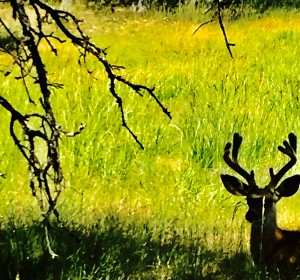 2 thoughts on “this mess is divine”