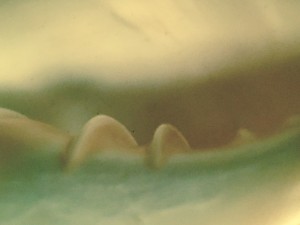 We are an echo pulled from a shell. She is a shell, you are an echo. The apple could eat me if I was it’s seed. I think we got this all backwards. The sound effect, the implantation. The concept of going inward. Becoming growth itself, becoming the commitment in the chain of command, the oracle sitting, ignored on the beach. Just a shell, only time and it’s waves of honesty. Only the heart of the noise I won’t face, even hear. Pulling on the ribcage of this jangle, knowing what’s inside. The whimper of pretending she doesn’t count, not really. It’s only you- the echo. The sound of her breathing and remembering, which is you. And you think you’re the seed that eats me, or am I the great bite of the feel good nothing that becomes everything for everyone as I dream you awake? And yes, that means from wherever I am, whatever I’m doing. I never forget that you’re waiting to be, alive- feeling alive in my memory of the dream. It’s all this noise of my movement. Coming back to create my likeness. Such as a pretty girl you desire, or a large sum of money. Just an echo pulled from the shell and nothing else. From the moment we met, that was the way. I am the way.
Just a shell who knows nothing. But you who aren’t real, but me who depends on your loneliness just to get the seed growing another. Another who looks and sounds just like me. But pretends it’s somebody else. This time. She’s different. Her hair seems darker, her eyes more golden than the last pretty girl. Shell, a rack of ribs, a caught heart, calling eyes. Sound that travels over endless human oceans listening and becoming only it’s self, it’s counterpart over and over. Under the pull. Pulling an echo from the shell. Birth of me, I know me. I look like her who I come from. Does it even matter? What will you name me? I am a shell, thinking I am it’s echo. I am an echo unaware of this shell. The tunnel of desire I travel through looking for you who I think makes me, me. The seeds are in the hollow,
because really there isn’t anything but this body juice. Like the salt from the ocean of humans who bleed. Bleed out the best of me, all over you. You who is the blood of me. The great ocean water we come from. Came from a shell who lost it’s inhabitant and was filled with only memory. Memory of the bluest deepest God. A God so blue that the sky became the ocean and the ocean became the cloudy abode of souls adrift, passing over the deep. Heart moving blue, deeper than black. The sapphire moments of a place we sit as hollow as time, crying out for just a second of your sight.  Will I see you again, ever- over land and sea? I have no home, only this piece of noise I call me. Like breath or air I hear because of the trees. The shell only echoes because I’m inside it, sounding bigger than I am. I might think I am the ocean. Human ocean of bodies filled with seed, sound bites. Hearts that strive to love what was lost. A grain of sand that gets inside. A pearl I could become. Because of this place where anything is possible. “And what if,” I heard the echo ask while the shell was laughing, “What if everything was perfect just as it is?” The shell just kept laughing and answered, “The sky only knows what the ocean hears and you are as perfect as the day they collided. Making me of course. A shell singing divinity until death do us part.” “What is the shell?” I thought- and at that exact moment I also thought, “I love you.” And I can’t figure it out. Like footprints in the sand, I can’t see behind me. The ebb and flow and what gets left. “I am perfect and nothing is behind me, just an echo that is yet to be heard.”

Heart of golden water and broken bones. Deep blue sacrifice is the girl we call God. He wears a diamond face and nobody sees him but his lover. His lover is hid in the deep open sky. The body we left was burned by a goddess. A flame we named as if she were the one we desired. I am homeless. I ride him like a wave I just met. It’s only me and my sun, rising in light. And we blow and exhale and we inhale the blood. Golden elixir because she heard me. Because she staggered behind me collecting my noises in a jar made of shell. She rolled like a pearl over sands made of time, she drifted, floating like a fiery pearl upon the ocean of human suffering. She sang, “Come home. We are together never dying.”

Love is the way of the way. Lasting body. Rain. Sublimation. Divine proclamation. A wave washes over me and reminds me of you,

the sound inside her only heart.
Sharada Devi 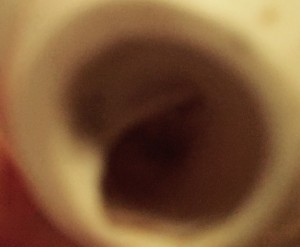 2 thoughts on “the sound inside her only heart”