The sunlight filters in as soul because radiation has a vastness not limited to flesh and blood and so I’m not stuck in skin and I’m not clotted in the denser recesses of another place. Here the dawn becomes a pinkish diamond haze over the ivory bones and crystal waters of this pure body. And I speak the truth as a mist of sweet, soft heaven from the alabaster lace of worded clouds of whatever moves me to shed these tears of living light…
as syncopation and sacred delving and conjuring more stipends lent to grace, I had nowhere else to go to find the waters deep inside. The perfect point between night and day is in the perfectly solo way that I say I love you…and it isn’t in the mirrored pond and it isn’t in a secret letter joined at both ends…it’s just there as my body, floating on top of a virginal and lonesome eternity. This lotus is called the Motherlight, the white and flawless flower of her intoxication. Peace is in knowing soundly that I am always here. Exquisite gem of antiquity, ageless jewel of boundless activity, there is nowhere else to look but within the concave of soliloquy and consequence. There isn’t a saint who can’t reach you there and there isn’t a holier god than the subject of asymmetrical arrival. A halo of song and a diadem rainbow, a miraculous star appearing at noon…I am here where there is no separation between the sun and the moon. Midnight is a thing and not a place. Darkness is a person with eyes as white as time. So if I never went to find you or if I never even looked, together still we would always and forever be, in the center of the perfect circle, round and radiantly hollow. Embracing in the heart of this flowering star are the two pieces of us, completely cracked and divinely mended. Because the flower is a jewel that spins in the gravel sky and there is no up or down as the beloved is raining blue fire onto red ice. Up inside where storms are formed and we make the plans that dry us up…the cacophony of endless knowing, the quiet to the secret we always had. We carry the mystery in a pot of gold, we carry the living and turning water. We hold the jewel of manifest destiny, because we are the rarified flower that grew atop the pervading darkness…spreading arms in all directions, serenity becomes severance, stopping becomes letting go, the release of a jagged danger into a fearless glide is simply a finger held to your lips saying, “Shhhhh” No more words or thoughts between us. Be still inside the light that moves in the four directions pinning us to the earth below the water where only our stainless wisdom can behold the face of human beauty. The perfection of  prowess is that there is only surrender remaining and the surety in that grounding is the faith that beneath the place wherever you grow, wherever it is, that it is always holier than thou because thou art that. And so the realm of enchantment isn’t something or someone you see who can move you or lift you from your speck of being. The realm of giving all that you have is not an empty bewitchment but filled with more prospects of creating space. And so before, I had something to give you but I took it all back because it was only me, myself that was precious. But you have it all, the mask the pearl and the mirror. So when you drove deeply that sharp stake into the your indigo heart of flaming courage, you became washed in stone and heat and the sacrificial wound lifted from poison into pounding and then into a pure world of silver wind and swirling seas -and you spun around the sound of her as the merkaba spins around creation, spinning wildly, as if it were impossible to become none other than the one you love…and no sunlight isn’t possible and no moonbeam will never occur as we rock back and forth in her invisible, glowing bosom becoming the immaculate child that grows into a single God. And dreams aren’t made of fantasy or imagination. Dreams are made of rocks and wood that found their spark in you creating the world for all to see us as a light at the end of her hole. The tunnel is God and the song comes through the tube and a baby is born. What and why -is written in scripture and myth -and how and when- is because the twilight fed the twine and made the memory of you. So may we not forget you Mother Light who rides the white swan into night to bring us home one more time…

Hail the Holy White Goddess of Peace
whose love became light for you and me, until we became the sword for the quill and we became the pen for the ink…and we held that love fearless and bright until we grew from the darkness into pure shining bliss as the jewel that was always inside of her flower. 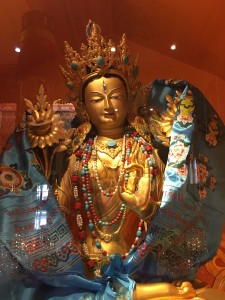