Btw, I don’t sit around reading poetry. I’m not into it at all. I don’t read anything, I already did. I used to but realized all the time I was wasting on other people’s opinions- especially when I’d met the authors or see their tell all picture on the inside cover. What a waste of time. I realized, decided that reading was useless because I knew everything already I just had to access and so I meditated instead, for hours and hours- like 10-12 hours daily. For a long time. Sure, I went insane, was very creepy, yet alert. The invisible worlds took over my pursuit, and most were not friendly. Was “God” there? I guess, but mostly it was just astral beings, demons, dead people trying to get access to me. I am a channel in case you didn’t know. I can embody and become anything or anyone. It’s not a spiritual thing, it’s just how I was born. So they wanted in, told me to be their host, threatened me, gnawed at my heart like piranha. I kept it going, of course divine forces always watch and protect when they can but that doesn’t mean the challenges won’t be there. I was afraid to sleep, when I closed my eyes I saw a big black hole and I thought I might slip into it and disappear forever. Sounds stupid, I know but it was real to me- in that mind space. Crazy things happen. And I had notebooks. Dozens of notebooks. They would talk all night in my ear, my head- information, poetry, heaven and hell words/worlds and I wrote it all down like a lunatic possessed person. This all may have started shortly after my electrocution, lightening- we don’t know. But it was real and I even knew the future. But I couldn’t navigate it so it was useless. For example, one day I just blurted this name out of my mouth. I didn’t know why, I was vacuuming and the name popped out. I thought hmmm, my boyfriend said who’s Buford…? I said I don’t know. The next day, a man by that name -first and last- walked into an abortion clinic and shot a bunch of people including himself dead. Had I known what it meant, it might have mattered but who would believe me, nobody does and why was I connecting to a killer anyway? I’ve got death on my hands. My father was a killer, haunted by demons down to the very end. That’s why I went there, after not seeing him in 13 years. I didn’t know he was dying- consciously but I just decided one day for no reason at all. I’m like, we need to move to Idaho right now. (We were living in LA) and we did. And he found out a month after we got there that he was dying and two months later he was dead. It was horrific, I was there, I took as much as I could from him, the fear, evil and darkness- not on purpose, but love and connection makes us do wild things and I paid the price with my own life several years later. I had a dream about it, I had known what I’d done. Bhagavan Das helped a lot and my mind and soul was healed on a deeper level- because I couldn’t stop it. The pain of imagined sin, the killer who killed him back. The Vietnamese ghosts of women and children, the full death moon that hung from the jungle sky. I knew, I remembered, I saw through his eyes. It’s fucked up, it’s destiny that feels like fate. It’s the end of the end. It’s the last leg of the race. It’s Chod, my belief in the knife and how to appease, befriend the demons. We need them, their help. The catch is, we must be the leader, not them- and I don’t mean black magic, I mean understanding the other worlds. Developing the sensitivity, the shaman’s power to pierce the veil- only then, can we see the real reason or solution to anything. So it’s not easy and initiation into those worlds happens through near death, dying while alive, terrifying experiences of self discovery and self annihilation. No, you don’t choose, you are chosen. By your works, deeds, past, and willingness to go out onto the bitter edge of human life. To leave the center of the safe family circle. To open the secrets hidden in your blood, to become invisible to materialism itself.

And so my message is complicated because it’s a puzzle too perplexing to solve without giving up control over result or destination. Without plan or safety, we walk the precipice alone. We of course need the profound support of those who have been there already. If we’re blessed we’ll recognize the calling and meet the messenger. We will clear our own way and move deeply into the mouth of the hot jungle. She is calling you. If you listen it will be scary but easier, if you don’t it will take longer, you’ll think she went away and then you’ll be eaten by a lion. You’ll then get another chance but you likely won’t take it until you realize, there is nowhere to hide from the ghost lion, nowhere but inside her stomach after it’s over. We get out by becoming a ghost lion, not getting eaten but eating ourselves and the fear of full moons overhead when the enemy can find you and slice open your viable throat, drink your blood and call it a day. It’s a game, a war only one by merging with her demonic, otherworldly, horrifying obliterating fury. The haze of this human life in the mirror is that we must go there or stay on the same level, or lower forever. There is no time or space but there is plenty of room and moments to suffer while we create our own pain. A way to skirt around the hole, a way to go the other way. Only one road leaves the jungle. She travels that road with you in her stomach. Be her and when you are, be ready to be Black Death, the drinking night moon, the teller of time. As it stands. We know the clock in the ground that pounds beneath our hollow feet. We feel the pulse. We taste the salt of blood. We know. We all know the charade. Stop pretending you’re not just like me and go kill a fear. Eat the heart, pumping blood with a vengeance. Listen closely to the voices inside the red giver. The red river of blood, it’s our body. It’s all her. The Ghost Lioness. Lion, my body. Rocks and water. In the deep hot jungle of her mouth where others fear to go, into me, her astral vision, her luminous empty body. The bliss of the bite. “Lion, eat my soul!” 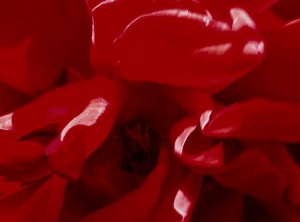 29 thoughts on “Roars the Ghost”