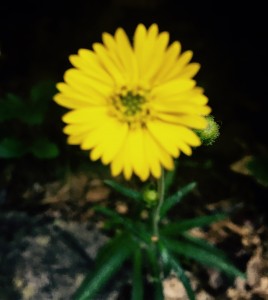 The temple was a place that wasn’t anywhere but here. The far away foreign light wasn’t anywhere but now. The vision of his face was a stone set inside me, remembering that even the heaviest things are lifted by him. And this temple was built from stone and his throne was not a place we could find, inside or anywhere. It was a flame in his eyes, this throne I didn’t know. From faraway looking, imagining myself closer didn’t make any difference. The truth never changes. Only the shape of the light does, the flame is always still the flame inside these stone walls made of the heaviest thing we have, perfect trust. But this is all just talk to make things better than they are, divert my attention to distractions from the obvious that lies before me. The crumbled up pants on the floor, the rhythmic breathing. A flame I lit over his head, the strain of saints gasping from my smoke. I did it anyway, for him. Trusting myself to be the only one here. At this time, alone in the early morning’s ominous shadow. Don’t you have somewhere to go, not really. Just here, now. In this. The most perfect pain of all. No one knows the way there. That’s what I mean, to this temple. With him inside shining. We can guess, point at our hearts. Smile and quote scriptures. This map, someone else wrote. I don’t know. I feel lost. Faith in a book or anyone but me is perplexing at times when I feel all alone. Engage the dancing victims on the wall. The ones that quiver behind the flame as it moves as if undecided whether to die or to live. Trust, in myself. What? Me. Somewhere special to go or say. The loss clearly states there is no such thing as memory. I get the eery feeling of having no feet. No hands or legs. No way to move forward or escape. Just my mind being me. Me- this too much of nothing, forming waste. Thinking. Fearing. Suffering as I keep attempting to lift the stone. Heavy, this truth that doesn’t go home. Heavy. Did I say too much. Will you cry for me. For all who have left me, I see them in tears. One by one passing me by like a whisper. Wet in the almost silent pain of slow dying. We will lose ourselves. Our legs and eyes. We won’t hear each other, recognize the ones we know. We will become a snag on the wall, a snag on the phantoms that quiver behind the flames. Some ritual dance- “take me, take me.” And this is to end the fear- since by now, we know it’s coming. He’s a spiral, not a species. I am an experiment. Not a martyr. Not only will I die for you, but I’ll die for me. Isn’t it scary. Basically I can’t get out. Of course the morning rises sooner or later. But nothing has changed. The saints are known as dead. I am obviously not dead yet. The saints we feel as alive. I am obviously not alive. I am the outcast of a flame who barely knows I exist. A name isn’t feasible, neither is saying good morning. Or goodbye. Everyone feeds this lie, hiding from the next fall of the sun. What’s the use running from fear- a primal impetus to breath quietly so the enemy doesn’t hear. Well, what we don’t get is that the enemy has no ears. Not like us. The enemy doesn’t need to hear us to find us, or see us even. The temple is on the wall, can’t you see? OM isn’t anything but doom written backwards. The enemy, I’ll let you decide. How do you feel now. Shaken from the clouds. Tears with names. Homeless and looking for his face to fall from his eyes, like rays from the sun. Like rain falling from the bright sky. The sky with only one cloud overhead. Myself, forming clots of thoughts that only hurt me. The pain I can’t end, but only become. In order to see and to be without ever dying for less.

Get off the wall. It’s dark and in reverse.
Sharada Devi