There was an ache in his head. A rat in the cage. Only the babies keep dying. Her arms are long, long enough to reach into silence. The rat cries,
this cage isn’t home. I ache like the stillness of midnight. Bars rattle silently, a bony fear quivers in his motherless body, This isn’t my ache, this isn’t my head. I see where this goes is where it always goes. Reaching for something that cannot ever be. The silence of someone who sees. Into me, spaceless and chewing at death who has trapped me. Inside of you and your wants. I have nothing to give you. I gave and I gave of myself looking for the roots of the ache.
It was the urge to devour, become everything I was. For yourself who is caught. In a cage with no mother for food. And then there is this rain that keeps falling, these dogs underneath the house, this remnant of daylight left only until tomorrow. Kali said, “Give it to me.” And so I did, but didn’t know what I was giving since everything was on my list and the baby was shaking loudly inside the music. Kali maheshwari parvati shankara sharanam sharanam sharanam ma. There isn’t a single prayer that can stop this death, not a single word you can say to save him. I gave him to her, thinking of you. Whoever you are, pretend it’s me. I don’t know. The way is through the bloody triangle. The sound of fear is in your eyes. My purity cannot be tainted by any body or movement. There is no one who can hold me down while I’m reaching. Up to him, up to him. He isn’t far now. Pull me inside, pulling him down. Inside. Little rat, greedy taker. “I look like jesus sometimes.” I heard him say that to himself as if jesus were his brother. Poor caged rat, poor beloved corpse. Death upon my body is the smile inside the smoke, body of smoke. I do not mind the smell of burning flesh and I do not fear the perfect knot. Tied inside his head, no room for the eye of God, no reason to even look at me. And still I keep him, bound in his cell. Music playing, rain and wind knowing. Dogs begging, fear gripping, desire rising, heart aching, mother calling, father going, me. Just me, doing it all. Waiting for no one, hopelessly alone and watching death run it’s course. It’s only a baby. And I gave the baby to death. I brought flowers and candles and I blew a final breath over his sweet body…time will take care of the rest. I come from blood, the pulse, the ticking. I come from your panic risen. I come from an angry sex box exploding. I come from the ones who chew through their prisons. I come from the sound of her voice, what she says. “Get out of my way.” There is the naga. There is the head of the snake. Over the rat. Waiting to eat. I bring everyone together. Inside and out. The ritual becomes what she needs to devour. Bodies covered in each other making shameful noises. Bodies writhing in guilt, guilt for what’s been created and for what’s been taken. The lust of animal murder, the innocence goes first. “I will be first, mount the world with all the lights on me.” And I said, “Little baby rat, you’re in a cage. The lights are the candles I lit offering you to death herself. The sounds are the fading of your life, the fear is the scent she will follow to find you. And I am here doing it all, as the mother who sacrifices her only child to darkness and sin…”

“Did I sin?” Said death from the darkness of fear. Fear where baby rats hide, dreaming of their prowess with no hope at all. I ignore stupid question like that btw….then I heard a sound like the low growl of a wolf from the back of the room where her doorway was waiting -and I knew she was here. So I left the room and let her do it alone, eat her child back again into the bodiless state of motherly desire. Back and forth I open and close my mouth like I’m crazy and bored. Back and forth I open and close my eyes like I don’t care or even see what I know. Back and forth, in and out of my spiraling body…I think it’s funny you think there’s any space between us at all, any thought I don’t think. Any you I don’t fuck in circles. Head blown. Life on the floor left in shadows and dirty paw prints. These dogs think all the food is for them. They’re so stupid. Poor dogs, the ones who curl in your lap and stick their tongues in your mouth looking for milk while rats fuck in the oven not even knowing what fucking is and when her babies are taken she just eats again until another guy rat comes to fuck her in the warm darkness of this curse. Despite all my rage, I’m still here. And it sucks all over the place. Bodies talking nonsense while I plan everything in advance as if I’m separate and controlling the naga who knows. Me seeing in his shifty eyes. Me tasting in his pitchfork tongue. Me thinking in his mind madly. Me the secret in his death softly pulling…it’s all my voice you hear, it’s all mine. And only nobody knows. When I’ll come next, if I’ll come back. If love is real. Why death speaks in riddles and how a mother could ever eat her only child. What if I was right and you were the only one left. And you were a rat and your mother forgot you from the very beginning and thought only of me. Me and the king. Naga who knows…something besides your little rat making dick. And it’s all reckless music really with me inside having gone completely insane, covered in clouds that are strangely empty spilling astral blood that is perfectly red and filled with stardust. This equals love, equals my moves, becomes my cage, takes you out, into me, no me. Nothing but minus fear meaning light sounds filled with the truth of food. What we need is to eat God out. Out of this wretched house of rats and back into me, the animal queen. The only voice, beyond hearing is the primal growl. The deep snake moan. The naga box rattling me loose, into you. Into me, this hungry mouth that fits and fucks whatever fills it. And I know because my throne is filled with useless bones and tiny yellow teeth. 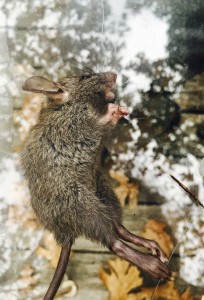