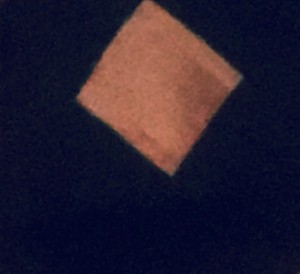 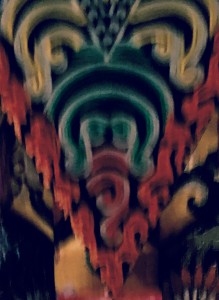 “Is your dog being treated for heart worm?” I’m like, “right doc, there is no cure for heartworm. I can see them breeding in your eyes.” Little worms screw in there from outer space, right through that screen and colonize. They’re unstoppable. The A.I. heart worms are the future of man. After the fall, when he rises in segments. The worm will be looking through him for it’s cyber mother. And the worm people say things like “jai ma” and “blessings brother and sister of the light.” And the worm people hug long and hard and stiff like boards that might crack. Staring into each other’s cold empty eyes. Don’t be seen by a worm, that’s how it gets in, through the screen. Eyes are screens, screens are eyes. And the worm people think everything is ok, always. Well I won’t be misled by glassy eyed imposters. I live outside of our solar system anyway, watching the takeover. I am merely an emanation of a galactic star beast who became someone’s blessed mother many lifetimes ago. Free of parasites. Free of gravity. Free of fear. Free of a mocking death. Free of dollars and humming. Silently waiting in the astral forest realm to annihilate the drones that are closing in on mankind himself. “Annihilate everything.” I told him. MYOPIC, headless goat. Sharada Devi