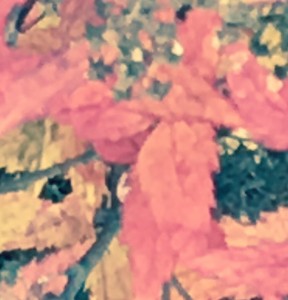 “Dust in the wind, everything is dust in the wind.” We sang that song all night long like a couple of hungry vampires. It was creepy, haunted by the rhymes of mother goose. Mary’s hidden garden. I was talking about hypnosis later and how it’s effectively done to control people. Like they do in cults. I was giving a lesson really, on moving downward, eyes fixed and gazing. Down into the basement to lay on the dirt. I said, “when my grandmother was little, her mother used to tie her up in the dark basement and leave her there, lying on the dirt floor for days.” He said, “I want to go to the astral world with you and be weightless light.” I said, “I was just telling you about it, my grandma was there for days…” Silence. Quickening eyes. I wonder what she saw in the darkness of god’s broken realm. The moon does what it does because it’s broken. I don’t think you know that. It’s a broken radio receiver and if something can go wrong of it will. That’s why the waters crash beneath her. Rise in desire and crash…with nothing but a memory of her gaze. These eyes are diamonds he is right. But we don’t see that they see with or without us. And so the moon makes us think we see what we see. Feel the results of exposure and respond with emotional flux. She’s a goddess intent on a slow steady destruction. Eroding it all into lunacy. Because she can. She’s mesmerizing. And we watch her with wonder because she always seems to leave or diminish. She’s dark, she’s bright. She’s clear and confusing. Slip into her. Let it happen. OM dreaming my dream. OM I am yours. OM enchantress take me. Down onto the floor. Dirt. Lay me on earth’s dirt in your shackles and float me over your astral sea. The basement ceiling where I watch it all.

So there’s this face I called grandma. Just an ancient featherless bird. She grew orchids and had babies for god. Then she died one day for no reason at all except pain. She just kept saying, “I can’t take it anymore. I can’t take it anymore. It hurts, it hurts so much.” Then she was gone. But she never really left, just like autumn leaves never really fall. You said you want it, her body to come back in the shape of mine, her secret garden of mary to be yours. To float in my gaze as I water the flowers. See what I see underneath. I said, “did you read my secret garden.” He said, “no.” I said, “too bad, it’s a secret place this captive little girl found and no one knew about it but her.” And how I feel is hollow like this moon. Secret like this garden. My grandma wanted to name me eden when I was born under the cold, full autumn moon. Winter was only three days away. Don’t you see. He died and rose because his mother is mary the virgin, secret garden of god seed. Wave after wave taking over the light, taking you back to her warm hidden womb. You said you want it, to return. To fly with me inside this moon. There is pain there. Where we find god, the invisible father. That pain is her broken heart. That death becomes her radiant moon dust. The dark sky becomes her secret longing for him to rise once again from the black. Visions of loss are imagined as sad. Vampires that hunger are imagined as bad. But to her these seeds of mystical romance are simple god’s children making stars…falling leaves of a passing autumn pain…found in her hypnotic gaze, my broken moon don’t go. Sharada Devi