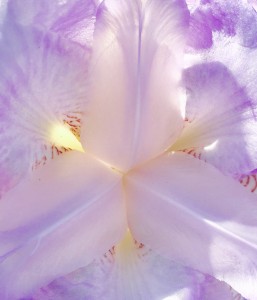 I saw the light. All I saw was light. From the point, became a sheer wall. A mountain facing east. Dancing light. God inside my fingers. Divine hand, flowing around, through the soul and out the body. Not really a wall but a room itself. A room of light. Not flames that warn and burn. But warm and glow and smother shadows. To death. This is my hand reaching out toward the ceiling, facing east. Killing the space without us in it. And these shackles that mean nothing, like thoughts that hold us down, are reversible. Inside the room. Not outside the space. No space. Not even a room where light can destroy. Not even me, that you can give light to. Not even you that I see. I say it always. It’s the mudra of the snake who makes us want her. Who gets between everyone, invisible she dances. We can lose ourselves in her body, instead of our own. There isn’t our own. There is only the secret snake weaving through cause and effect. The mudra is time inside of the kiss. The axis of bliss pain and revelation. This kiss is outside of us all, timeless and moving toward pain. Pain. If I touch you, I’ll leave you. If you touch me, I’ll go. We’ll disappear inside her and she’ll kill every body. Gracefully, carelessly, not even thinking. She’ll be herself right where you are. Light. It’s a word that gets used, don’t we all. But this light is unseen, unheard, unknowable not even good. It’s just the emanation of the point. Shaft of time through space. Looking for her, in the dark. Touch the bottom. Move the bliss flower. Peel off your pain skin, faceless axis. Kissing beyond mouths. But mathematical equations of space. Magnetic galactic ocean filled with bodies, nothing is random. Golden flesh, golden God. You see. I know. Where to go. Even when I’m stuck. It’s you I asked for. There is a quiver. There is a root. There is an arrow. There is a love that we point. This love is a labyrinth. Weaving. Causing us to think. Think about love as a commitment or a lie. As a fragile, porcelain discovery inside uncertain bodies. We point it, and kill without getting out. Without getting the light to bloom, like our blood filling life but reminding of death. My light holds more. I don’t have any light, only waves of surrender that wash me away. Into mysterious feelings. Away from this world. Into the room where you lay, as the light. Broken light, broken by my dance. Perfectly pure where you are. Shining. This transparent wall, light I found deep. Was a place inside me. To go. To create new places from -immaculate on the outside. Not even obviously violent to get there, but seething and quelling and pulsing the only snake that ever lived. The vessel we drink from. It’s all the same. We are not It. It is IT. You are what I made when I knew she was a secret snake. Immortal. Invisible. Inside and between every body. Liquid. Light. Poison. Nectar. Pain. Bliss. Infinity. Gone. Into gone. I pull her from her roots and she dances inside. Making magic. It’s all real. On or under. The outside. She is you. Him. He knows her. This is my description of infinity. When her eight lays on his side. To create. Ancient quiver. To destroy. That’s my point. They throw each other out of axis. Dancing bodies. Reckless as he stomps and howls. This God who shakes me off my solar tracks. Moon. She drags and flips her tail. Wild erotic under every thought for more. She forgets her head. You wear my face. Holy empty room. Where do you come from. Radiate my eyes. I need a head. She is always moving toward the east. And I’m telling you this because it’s all we have. This cosmic coil. These words describe magical doings. These words imply there is something underneath us, pulling. Someone. Where are we going, where nobody lives and winds howl without anything to stop them. Down your throat, swallow the wind of death. You cannot separate anything ever. You cannot take anyone from me. I am not the one I speak of. I am a lunatic churning the poison. I am a lunatic drinking the poison. I am eternally death bound. Life, like my shadow. Who doesn’t exist. Is in the mudra. Her horrifying gaze. I want to love you, leave you. Escape you. Snake I can’t find. You. Purge. Plunge the empty hole. Nothing dances and gets destructive. Peace isn’t coming. The twisting of cellular vines, it’s all the weave of way beyond this formulation. I could never make you see or hear me. You must get struck. That’s what I’ve been saying. Struck you didn’t even see me coming. Struck by a black cobra who isn’t even here…dark swallowed wind, alchemical light. We don’t know, we become. The mudra. A black coil who sheds skins of light…who isn’t even here…but where we live, somewhere else. Our bodies sacrificed to this world. We die in arms that strangle. We beg for more. Breath that stops breathing. The wind. Listen. We’re in it still moving. Looking for each other to die for.

Love lives this way. Hopelessly, helpless and invincible. That we die. That she moves. Deep inside us. Killing every thing. Every body. Not a word. Left. What I’ve written is gone. There is only the mudra forming and deforming itself. Her as all words, meaning me and your light. I write you poem after poem. I imagine your soul as my own. Heartbreaking river. Going there. In this room. Heart making love. It’s all gone into shapes that entangle, drown. Merge. I wish for the light to only be free, but I’m trapped in infinity and you’re gone and I’m left. All alone. Not even myself anymore.

Magical liquid light. Red serpent, It’s always you. Sight unseen. I take it over and over again. Never knowing. Becoming. Who this is. Who came. Between us. Flowing through us. As a mystical new blood made of God’s name.

Mudra is the embodied. Making light by killing space. Dying to death herself.

10 thoughts on “Mudra is the embodied”