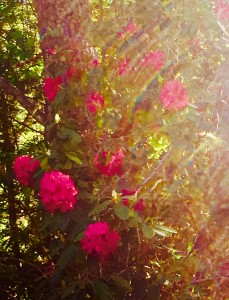 I spend nights and mornings wondering if I’m even alive. I spend days pretending I am. It hurts. As I wait for the approach of the inevitable shadow, I wonder who you are and what I can do for you. I have no answers to our suffering but that we rise by sinking. I can’t stop loving anybody even it’s only in words. I’m caught in this fantasy of the perfect union. The one true mistake. Shit happens. I shouldn’t be so desperate. I know none of this is real. I just wish love was. I know everything ends, I just hope true love doesn’t. And maybe that’s just between me and God. I know, it never ends…even when it should.

These contradictions are the quickening. What is true remains to be seen. Love is not blind at all,

6 thoughts on “love is personal”