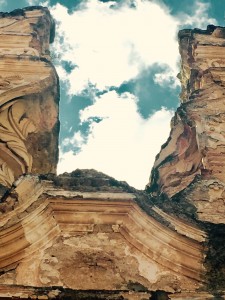 No man can hold me down or stop me in any sense of the word. No man can contain me. Autonomy is essential for women. Women who stay in the grace of a woman that is- and not become angry he/she versions of what they were, but empowered and integrated. Confident and eternally soft. That’s why I’m starting my own thing, an action long overdue. I’m one of those power behind the throne sort of people by nature avoiding the light flashed on me. Due to many past lives of religious persecution and torture, I’d prefer not to be known up front. And I get threats as well, from swarms of demons, they somehow have this fascination love/hate obsession with me. So because I won’t live in fear because fear is confining, I must do the fated thing…out of embracing the flowers of life- the voice of karma, dharma and cultural necessity- this instinctual knowing has pulled me out of my shell and it’s a whole new era, beginning now. Not because I’m a man hater, on the contrary, I appreciate men very much and in many ways prefer men over women. Women overall have become big talkers, hens, afraid in their kitchens, living through their children, living in denial….it’s true. But because women need to know that they can indeed stand on their own- I will at least set a better example in the deepest, and I do mean deepest sense of the word so that women can be liberated from the confining woman role playing, baby making, soft spoken, sex kitten prison. Women are not a possession or extension of a man. They are not servants or secretaries to their owners. But the reaction gets perverted and women lose their true power- then becoming uptight prudes, hating men, wearing man suits- none of that solves anything. This is a deep, like I said, retrieval of the essence of feminine grace, god given power and divinity. So I’m going to do my own thing and set a new and improved example. I’m going to be autonomous. And if that’s not enough at least I did the right thing. And if I am mostly correct that most people only tolerate me to get to Bhagavan Das- then fuck that. They’re all just starstruck, I’ve seen it. They dont even care about what he truly has to offer…they just want LSD glamour, or something equally as meaningless. At this point, he’s only still here mostly because of me anyway, so get that finally straight ok? He would have self destructed a decade ago. I am currently the foundation of it all. That’s just true. And so if you don’t get that and you think everything I am is because of my connection to him, that’s your loss and that’s the delusion that needs to go because everyone loses. Woman deserve more- like respect and appreciation for real. I’ll disappear if needed but I wont go on misrepresenting my cause. Being as women can be the most tedious, jealous, male chauvinists of all. A liberating change is the calling. Everything has its time and place and everything- everyone needs space to grow. I’m not attached to any result, not even to my efforts. I am well aware of my capacity and ability to empower. All women including men- should awaken to the female almighty that moves heaven and earth subtly and ruthlessly. And so I’m going to go insane with output very soon here…in reverence to her silent changing of tides… 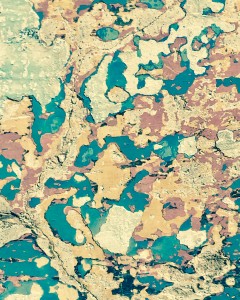 the cut, bare bone nothing, warm chest, wrap me in safety. I have nothing. I’m going to let go. I’m going to keep looking for you. This time I’m going to let go. Im going to look deep inside and remember where I’ve been. Im going to let go of my life and let you carry me to where you are. Waiting for me. The cut to the bone. Everyone wants something. A deeper wound than before. To feel, to touch and feel the sting of that love. A poison that finishes me, eclipses the known.
I tried to be safe, control the knife, the strike of the serpent. But I could not. Be separate from the one I am moving inside of. Who lifts me in waves of dark venom moon water and circles me under starlight that I’ve only imagined. I could pray or cry, “take me home.”  But there never was one, but this. I die into you. My home. What I’ve done, whoever I’ve been. I lay down beneath the law that doesn’t bend and I break. I break my heart open all over this earth and I empty myself into your emptiness. I give up myself, I never had anything. I let it drain into rock and embryo. You will never leave, I know that. The pierce through dead white eyes, the electrical passing. The current that carries my voice into you. You, the violent blissful peaceful ground. I cannot describe this vision. Holding still, laying down, headless, beyond fear, paralyzed by grief too cold to ever leave. Don’t ever leave, this truth that ignites a fire so blue I become the great burnless corpse. Nothing touches me. You touched my heart. Blue fire God. I cannot cry. I cannot feel. Not today while I must strike and destroy my fallen earth friend. Not today while I become the enemy to an ancient friend. Not today when I must cut and cause pain. Not now while the moon and sun consummate the death of 3,000 years of prayer. Not today when the face is no longer mine and I am no longer behind anybody. Open wound, I walk away, into the red sun. Not knowing anything but that I must go and find death myself before it’s too late.

I love you the way Krishna loves the flute. I leave you the way the air leaves his lips. I hear you the way God enters her body. I will be the one who finds you everywhere. Where you didn’t look. I will see. My father in the filth of the blessed vessel. In the wrath of her screaming thighs. In the softness of her secret prayers. Bring him back through me. Me, I give me away. I lose myself in the fever of the fire’s blue smoke. I break stale hearts. Broken open. The danger of true love is that God sees through every eye. The deathbed is the fresh blue blood moon. The sacred vault of resurrection. I am not missing. I am gone. Only a trace remains, a red drop, after a surgical storm that cuts to the bone. I am sky lightening striking back at the ocean and clouds. Because I love you and she took you to a dream that isn’t his, It’s the moon who is a backdrop concealing the open door. Silver and deadly body box. Watch me destroy and be hung high on the cross. Watch me rise and become immortal. With no hiding place, not even a closet. Just a womb holding a child that is me. Always mine covered in thorns and starlight…and so fall, I crawl, I return to the grave of her grace. I let go of final last words and prayers for redemption or result. I give up the mediocre cross and the red tipped blade. I bow before the limp and the blind. I kiss the dead lips of my lord. Sharada Devi 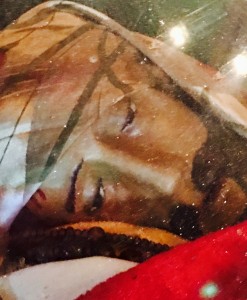 9 thoughts on “I kiss the dead lips of my lord”

Leave a Reply to - Cancel reply