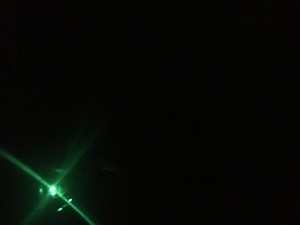 P.S. I know you’d rather have recipes and meditation tips. And that is what this is. Throughout history people have eaten blood soup. They’ve beaten themselves with whips to destroy their lust and they’ve eaten blood soup to destroy the lust of others. Men and women as humans and other species have always eaten, abandoned and rejected their children depending on circumstance and then the one little one is left to fend for themselves and how lucky you are to be given the chance to see what a twisted ray of light you’ve been exhumed from. This is my advice to myself and all, figure this mess out. Get it straight, there are no victims only participants. Meditation isn’t an act, it’s an approach. One recipe is the only recipe. Rip out your own heart to see how late it’s gotten. Stop feeding on children both within and without. Be aware of the awareness that is so primal we’re ashamed. Fuck the shame. And I mean literally. This is a joke, these planet reapers with their restaurants and outfits hung in windows on shapeless mannequins. Women with no hips and men with penises too big to fit in their pants. This is a joke- that edible food is to be bought and children are to be tamed. Turned into you and me, pale lumpy prisoners of war drinking coffee and watching phones as they talk to us. As we look for life on the screen and listen for which way to turn, hands trembling high on stimulants and sedatives. Minds confused by mainstream dictation. The way it is, is that there’s only the forest of webs and I am not the one who made this up. I can cook all day and still the blood gets shed and they’re dying from sexually transmitted disease and starvation for no reason but the evidence. For evidence. The clues we won’t see. Look from above down at this sinking world of electrical storms and poison waters. Do you really think you belong here looking through books on what to cook or how to meditate? Drones fill the sky head and anchors fill the aching heart. Home isn’t across the ocean or even where you are now. You don’t know these people you look at- “family, friends,” television- whoever- they’re masks. Masks meant to trap you in the web. The mythic creature is covered in a thousand legs. And although it seems invisible, this creature looms just outside your eyes, humming and hovering. We have a maker, they said it was called “God,” like we’re so stupid it needs a name so we can beg for forgiveness and help. Shame upon the human is the end of man. Our only home was never here anyway so they can have it- making us guilty for the dark waters and the diseases they’ve spread. So I’ve narrowed it all down in my own way in the above parable and I hope you recognize our kinship enough to get up and out of bed, away from the dining table and back into the diamond that’s waiting once you flip the lid off this demented wormhole sin pit of trickery and deception. Just so you can’t be you, but a slave to shame. Reading about holy people like they’re somewhere else but inside you. Like you couldn’t be good enough, ever to do these miraculous things. Like you’re caught and hopeless and waiting for her to get hungry and devour your body all over again in the dream of wasted space and dripping moments. It’s not real, any of it. Sing your way back to the song. Not any song you’ve ever heard here on this planet, but a deeper sound heard below the radar and the body grip, the low song that only heavy otherworldly animals know. And I mean 1,000 legged animal creatures that are made of light without fear noises. That spin over and under all concept and belief. That have no rules, only one law. The law that is itself beyond all fiction of form attached to direction. You can have no comment, you can have it all. 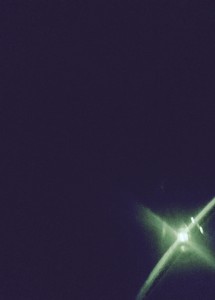