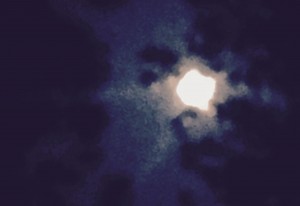 Someone threw a rock at me last night and it hurt. I guess I was asleep and didn’t see it coming. I think it was meant for someone else, but I was in the way. You know how that is, to be in the way, like a wall with no door. Well fuck you anyway, and I’m not finishing the stupid story. The white wolf or horse or however it went, FUCK IT. Fantasies, fairyland giggling children, star people haha, such distraction from what I really want to say. The dead fairy floating face down in the swamp, now that part made sense. The rest SUCKED. I ❤️ vampires because they ❤️ me, that’s why I wrote it, I’m a slayer and I draw, literally suck, from fear and violence. That’s right I draw sparks from baby caterpillars, then I step on them to watch the pitiful stream of sputtering smoke rise. Why take it personally? I don’t.

BTW, wings can be black. Black and invisible. Wings fly in both directions, basically “angels” can’t be trusted any further than you can throw them, it’s a cosmic mistake this “wings” always being some “good” thing. I’ve had wings for years and where has it gotten me? Lower than the deepest hell snake, that’s where. People talk about hearts as if only “love” goes there. Like I’ve said time and time again, love and words like good and fun are not words at all. They are language slurs, barriers, excuses to say something stupid and much more meaningless than the silence that they have the audacity to rise from. White desert silence, white spooky half ass wolves, proud peacocks that need to be “seen” or the Jesus scenario “have faith in me, drink my blood.” So ridiculous and wasteful how we throw language around as if we understand what drives the stupidity. Arrogance and narcissism I think it’s true. And yes, I’m all of the above. It doesn’t bother me that it’s true as a matter of fact I’m happy to face the bleak alliance of mirrors, cameras that constantly flash. So it’s “funny” how when one likes what they hear they’re finally “seen” and when they don’t like what they hear they’re “misunderstood” that’s hysterical. I’m sure I do it all the time. But it’s hard being easy, you see what I mean? And I feel my main purpose in life as far as self observation and experience goes is that I’m a bit sadistic – from an earthly standard and I seem to seduce then trap then torture then annihilate. It’s beyond any vested self interest as I really don’t care how it goes, I’m so far gone, so utterly broken, totally possessed by whatever haunts the room at the moment and so it’s not any consequence to me that I might be compulsively psychotic, edgy bordering “evil,” I care, I really do….cold as a vampire snake and as hot as a fire between lovers. I could, can and am all these things and then I simply fly away. Don’t ask me why, ask yourself. I personally can’t go there. I don’t even live here, I only visit daily. The pitiful human realm of the “other” the needs, the drama, the isolation. PAINFUL shit. Yes, sucks hard and even then it wasn’t enough. Fucking. Don’t even get me started on that BORING animal process. Yes. “Processing,” what a fucking head trip, mind scam. Why are earthlings such universal losers? I just don’t get the weakness and squirming. I just don’t get the inner dialogue of lies and self obsession. Am I important yet? As important as the Buddha perhaps? Lethal. All of it. And so you see why the story of the “White Horse” must end before it’s over. Like death, shit happens and we don’t know when. I live there already in the underworld. I’ve fucked the Dark Sun too many times to count. I rehashed old news just for you and I’m not even saying you care. I doubt you do.

Nobody cares about anything or anybody. They only want recognition as far as I can tell. “Let me be this and you see it ok?” That’s the agreement, funny. And also, it seems people thought I was the girl witch in the story. But I was not, I am not.
You didn’t catch it did you? The story was over long before anything happened that seemed important such as “Love” animals, wolves, ravens, big stud stallions, erect snakes- so many seductive connotations but no. I was the dead fairy right from the start, face down in the swamp. Torn wings, staring fish eyes into the cold murky waters. That’s what he did to me. That’s my vision of love. Love is a ruthless snake that takes away fantasy words such as love. I’m so fucking bored with the dance. Dancing cold bodies, nobody can find me anywhere. Maybe you too. But you’re probably ok, and it’s only because you think you are. Fine I mean and it’s all “good” wicked pursuit of glory, spiritual emptiness. I can’t teach myself anything. Hurt rides the white horse, anger rides the black. Righteous sexy anger. Deep understanding hurt. The truth is, I think I love. What do I feel? I think it’s love. What do I know? Nothing. What do I feel? Then who knows? Where am I, where can I go to find you? You’re buried beneath me I think and I think too much covers the thinking. Thoughts about how love feels. It’s complete insanity. Deeply sad to be lost in it. I don’t feel lost like I can’t find a thing that I know, I mean lost like where have you gone? Why did you leave? Is this the swamp where death bares fruit? I’m sorry to be dismal, fatalistic I suppose.
And I won’t even get dramatic or blame men or another woman or anyone but me. Me. Me the one inside the prism casting shapes with names I don’t even like. Me the holographic waste of time, not in a “bad” way. But it’s true. The lie is true. I am defensive, like a flower in a hail storm. I should not be out in public, I should be inside the hidden cave. I should stay there and call you from afar. You would never hear me. Never heard, never seen. Never touched. Never loved. A moment flashes promise and leaves forever. It’s cruel how death can even fall in waves from the sky, but it’s all my fault for believing in transient, mortal conditions. We know they pass, like an infection. We know the smile is ours. We know the knife hurts like a golden razor. We know convenience when we see it. I forget what I know and pretend it’s all cool. Hot. So hot inside this puzzle made of flesh. Pieces never fit, not mine anyway. I squeeze them together. I cut edges off and push the parts as if I could. It’s sad. I know it’s really sad. They have called me the long walking sadness. The unending shadow casting cool tears. The greatest pain of all, lives in me. The emptiness to have it without caring if it’s real. The urge to pretend just for one warm summer day. Nothing lasts. Of course you’re the greatest, softest swan ever born on my water. It’s a swamp though and so sorry, you’ll be dead soon floating with the unsung fairy. And I’ll “love” you inside the dark death water by killing what’s already dead. Makes no sense at all. Diamonds don’t die, skeletons don’t die, rocks don’t die, love dies. I’m sorry it’s dead because it’s a condition of waves that have no shore. A bird that rocks and aches for me to be inside it. I mean, I get that you could say “love” is “God” and it’s cute like a get well card for someone who isn’t sick enough to die. I would say we can only use love like we use death. The permanence, the tragedy, the complexity. The perfection of being caught and giving up. The surrender of strategy and possibility. The ending where we meet the dusk. Could the sun ever rise again. Dark Lord. Your intoxicating face. My water inside that glows with poison. I don’t care who I am, what you see, who you believe in as long as your life is the seed in me. I’m dead under water. Dark lord. I do not notice the day or the hour. The sun or the moon, only the space that remains between us. There is you. Dark maker, taker. I give you the only thing I have which is me, I don’t even know me. There is no me to give but for you I never stop trying. We are alone. You are the only one left. The sun never rose. The moon fell into her grave. The little song broke in pieces all over the cold earth and still I never let go of you however you came. You were death, love and light. You were evil and bright. You were as perfect as I could ever be. Inside underneath underworld under bodies, pure love lives and I know because I’ve been under this world forever. Kissing my very own face and laughing and crying in as many mirrors ever made. I wait. Still I wait for your eyes to rise as my own.

Tainted human love. I take it all in shallow waves and the deep violent undertow, because this moon ghost of me speaks beyond the earth world and without a voice I hear the gap that bodies and sounds can never say.

Dark Lord. There is you. Fuck it all. Sharada Devi