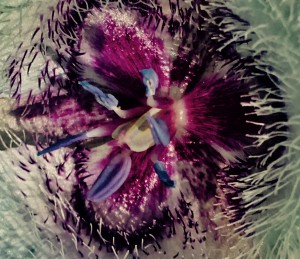 Wolf is a symbol. Wolf is a totem. This wolf takes me higher. Higher than God, higher than light, higher than wolves. This wolf beast is my hologram vortex where my imaginary  body can be still, fly, die into the wounds of the night who lies underneath me. I am a raven, still as an oracle stone, where I wait, for him heavy and bound by this earth. This earth who I hold and christen as the one, I am a white horse. This earth who I damn and blame and get all hung up, I am a shadow. If I were an animal as simple as you and I could fly and bite and destroy like I was the brilliant one, then I would know, then I would see, the wolf always had sacred wings and of course the raven’s eyes are always dripping red with threat. We don’t need masks to be wild and free, we need to reveal underneath where the ancient wicked ones went, the shadow’s final destination. Before wicked was a word that meant evil and before love was a cage we got locked in. All who pretend to care for this freedom, all who’ve been chopped, castrated, wings clipped. How would they know us, they wouldn’t. If you’re in the forest and you’re looking for a face who will love you, find me, I’ll feed you the deepest of your dark water. Drink me, and taste all your sinful God black just below the surface of dawn. The forbidden, deep dark animal nobody could bare to see in your eyes as your killer light rose. I’ll be the one to see  you rise. Anymore, because it wasn’t them. I’ll be the one who it is. Soulless, this cryptic dead world is cold, too dead to be invincible, too cold to be felt. Too gone to be beloved like that. The white wolf could turn black, could turn on me, could tear me and eat me alive, could be red and dangerous like that. And isn’t love the cornerstone of erotic destruction? Isn’t this union of beasts the one who would break us down, make us afraid, only as this peculiar love, that is wicked, as it fills us with radioactive subliminal divinity and gives us back our erection, our sword of furious hell light? The crux of the serpent is that we must let him strike or his poison is impotent. If I were you, I’d use it. This is my version of sexuality and where God resides, and so this rarified love isn’t felt in a world without danger. Not danger of arrest, danger of combustion. Fire this deep Eros fire of God’s beloved beast, is the only way I can free you or know you at all. Yes, it’s all me…

And the dream is dead for them and their death is that they have none. Wings nor wolf nor erection. And my dream is alive as you, the one who has it all. Deep white wolf, wings of flame, eyes of crimson blood. My roses are everywhere falling on you, my forest rests in the palm of your secret black hand. My mirror lake is filled with deadly snakes that tie each other into sacred knots. My waves of death are you, moving in and out of me…

And so you see why I say and I write and I feel. Mountains of immortality, giant erect serpents, rock hard holy trees. Soft purring wild cats eating life like it’s all free. Don’t ever forget the moon pearl and how the pearl is made.

In you, because of you, of you, this place called heart who is bigger than size or feat, who never grows darkened by a death that’s not real.

Die, you really mean it this time. That’s the white winged wolf who would embrace me in a light so black I was gone, gone into the soul. The only soul, mountain and sky of you who was the water deep inside this earth. And beneath that, the fire who churns demons into gods. My demon, your god. Wings upon wings inside this
torment of tunnel. In between the dead and the living a huge bright rainbow fills the sky in between us.

Shadows that fuck come back to life is my point…my five pointed love star, named Death Star…has been unleashed.

And so the words say very little to describe a story deeper than a story can ever go. This wordless touching of creatures without clocks, no sound that has edges or rules, only blunt rare swift noises that move moons through the sky and cut heaven from earth and plunge hell for the precious jewels that we dropped. And so I wanted to say today, only a little. Let’s think about the implications of words that don’t say “love.” Like I MEAN IT. Words aren’t the light, only the arrow. I do my best to point as if I know. I only know the cave that resonates deep below my body, the cave where I found you calling just like that. Sonar. ESP, wolf howls that bleed me to tears.

This may not make sense. Me describing why I make everything up into pictures and moods. There is nothing to say is why. There is the rapture. There is the pain before that. There is the ecstasy in the pain that you might take me higher than the sun. Back to black God. Death where I’m falling into your arms of atomic bliss. That’s how I describe my suffering, for a cause that a fool could never see. Diamond bodied people walk this earth secretly and I will find you shining and I will say, “But you’re a diamond, why should you wear a fake shine?” Diamond, from the black of the primal cave you were founded and formed, forged from the fire, the indestructible cutter of the darkness you were born from. The light that shines from inside the holographic sun.

So it’s where I look for you. Where I imagine wolves and free wild animals might drink blood without guilt, might eat flesh without dying, might overshadow me, eclipse me in sin, enlightened reconstruction of my body of heat. Well, I’m not afraid any more of barbed wire, I’m not afraid of anyone but you. You who is love like a diamond. Who I fear to death and back again. Riding the leviathan is lethal and fruitful. Red fruit, black bite, white blooded wolf, my wings are the silken savage. Ride the serpent into me deeply, so far down it’s going to take awhile to get there…this jungle animal prism of you.

Every day I meet stranger dogs and they look at me and they say, “Do you know me?” And I say, “Yes I know you.” No stranger, only a leash on the wild light…

And I try not to look at too many people for fear of going insane, but I do and they probe and eventually the same questions, “Do you know me?” And I can’t say that I do. Strange, no wild light? So think what you want, I study them from behind and it’s just a terribly sad case of body snatchers. Don’t get snatched by the gray, icy rule abiding, vacant people…

It’s far better to be an animal, then a sterilized sewer of forsaken flesh. Don’t get stuck in the throttle, open wide and get inside my body instead. Moon swamp, warm love soup. Mama.

All the dogs love me. I feed them red meat. Dogs can’t be vegans, that’s evil.

Be my animal. Sharada Devi

9 thoughts on “be my animal”