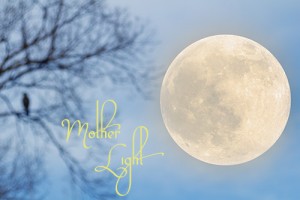 To delude yourself that you don’t have to do something heroic is a fallacy. Family members do not have to agree, support or understand. Since you’re carrying the ancestral pain and confusion of seven generations back their mission is to instill their fear in you. You basically are walking in their footsteps, footprints left in time and space that you follow right back to the same old dilemma, the dilemma of 666. Earthbound, the hexagram of Saturn, the number of a man dropped to earth, a slave to gravity and a prisoner of his karma. The ancestors drive us very deeply back to our roots. And so the resolution we must have to understand and uproot our karmic tendencies so that we are not acting as unconscious puppets to the sin of man, meaning what binds the man, Saturn’s law, must be absolute. We are already imprisoned by time/space which makes consciousness seem limited and so we seek release through the senses, which are the creators of more karma. Liberation demands a tearing away from the known comforts and imaginary securities and that’s where heroic effort comes in. It’s going to be pretty impossible since most people don’t even take the first real steps to freedom, they delude themselves that staying stuck is ok and they’ll work it out their way. And I’m sure it’s all part of their growth timeline. But there does come a time in our evolution when we approach the crossroads. That’s when the enforcers of 666 step in and start whispering alternate routes in your ear, making you think it’s forward when it’s only looping. Fear indicates loss. Fear is the deep root no one wants to pull, it’s painful. It kills us, literally. It ends the game. It’s easier said than done, don’t get ahead of yourself. Only a super ego can let go of the ego. Super strong fearless ego= super healthy godlike consciousness. Most people have it all backwards and circulate with other people just like themselves even if it’s to chant mantras, do yoga, it doesn’t matter, that’s not the path. The path is ordinary. Wherever we must go to feel alone, abandoned, terrified, unloved, worthless, guilty, impotent, inept, inadequate, unprepared, defeated, deprived…then that’s perfect. That’s the spiritual location of discovery. And by this I do not mean in tamasic surroundings with tamasic people, including family members who are not yet able to start digging for freedom, I mean that these overwhelming feelings that are stirred due to right association with true spiritual beings, help you to enter your own darkness. Because until you do that, you’re only half, less than half, not even a quarter- of anybody worthwhile. You will have nothing to offer, including meekness, humility, or even basic friendship until you get ripened by the darker sun. This sun is inside, behind the sun you think actually brightens you. It’s a facade. Our earth sun is fake, propitiator of consciousness. Sirius, the Dog Star, is the real sunpower. The dark sun, the sun behind our “sun” holding all the spiritual awareness that is the light of God. Dog, God, backwards, behind the light. Get it right. This hiding place holds all the consciousness that ever existed, the spiritual heritage of who you really may be. It’s outside of 666, only entered by entering the sun between your eyes, the portal through intergalactic dimensions, the black hole which all genuine light commences from. This is the way, it’s not easy. It takes preparation beyond understanding to be given the key to unlock the portal in your human head. You should find your predecessor. Usually the biggest permanent snag is arrogance. Arrogance prohibits purification. Immaturity allows people to feel they can go it alone, they can be the one, they have all the answers, they are special. This, while ultimately true, isn’t true until much later but this immaturity causes irreversible arrogance which then undermines the cause and 666 becomes the legacy of that life, once again. It’s nothing new. And there’s no reason to panic, this is just what we’re up against, what we face. You will know when you get close because you will seek release from bondage in ways that are wild and disapproved of. You will leave the past, let everything go, lose yourself in devotion, quit role playing. Quit pleasing. You will do this because your devotion to your teacher will allow nothing less. Cutting, tearing, struggling is just the beginning. Comfort and ease have no place here and if you sustain these past their expiration date, all hell will break loose. I’ve seen these things happen, it’s part of human evolution. To leave the family tree. But first you must uproot the tree before it grows back…in your child and in you. Who are the same. We recreate nothing and nobody but ourselves again and again. Just at least stop lying to yourself thinking it’s not your fault, it’s all your fault. Taking responsibility is the beginning of the healing. Unplug your ears. It’s just the truth. Open your eyes to the real inside light. The sun behind the sun that illuminates all darkness and dries up the poisons in your soul’s heavy blood. Heavy with the weight of all those who came before you. You have their 666 lit up on your forehead only because they’ve claimed you as the new representative of their sin, karmic roots to grow that family tree even deeper and higher. You’re a target for the cause of man. Once you pierce the entry at the gate of liberation, the number drops and three nines will appear before you.  999 not 666. Sharada Devi