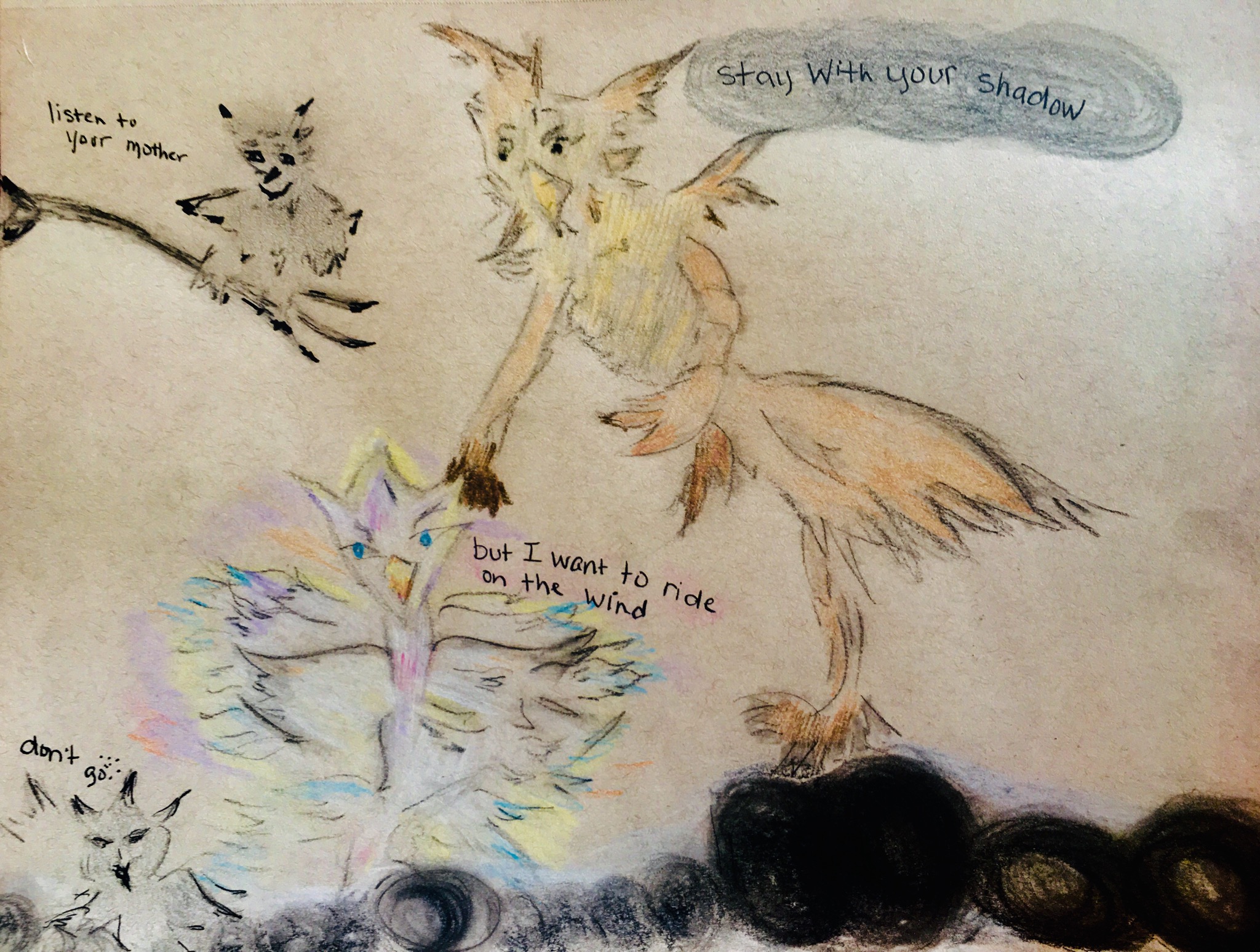 The old man who doesn’t listen, because he can’t hear, carries a cane. I married him when I was young and I withered. This is a story about time. And the moon. About how my father died and I couldn’t save him. I have no education but survival. These threads I weave are from the past. Lifetime after lifetime. The ships we sank to be together. The stars are watching, even now as I shrivel. I was not a beautiful bride. I was thrown in a box filled with papers. My owner’s people poked at me as long as I let them. I am not an animal. Later he put a saddle on me although he was too old to ride. I began working and although I was speaking, inside I was silent. Seething like a slave who loves its master. I had no power otherwise. But for my world within, all was in crisis. He told me I was cryptic and that I was a dominatrix. He smeared my blood on pictures of dead gods. He grew silent when I cried. He stole my poetry and signed his name. Sending my love to his girls from before. He said my words didn’t belong to me. I wrote about a bird in God’s throat. He thought it was him so he sang to his people and I sat next to him blackened by shadows. Deafening bells filled the air, he was deaf. The world is blind. My body became heavy with the noises around me. We lived many places and I vacuumed them all. Sucking in anything that wasn’t clean. I became filthy, so filthy my own pain didn’t want me. I died on the hospital floor and I came back with stitches and staples that meant I was free. This story began with a picture of a dead man. This story hasn’t ended because I am stuck in it’s roots. I don’t know. I have no way of knowing. I feel through these pages towards the mist that covers my memories. My father was a killer and so I was too. The ships that took me, underwater and into the sky. I lay awake at night thinking about the things I took. When I lit the match I was the fire. I would myself have burnt this flesh, cut this arm or leg away. When his body would burn I vowed to the gods to throw myself inside. The days came and went the sun barely rising or setting. The moon took over underneath a table no one sees, where hands cross and pants come undone. The skirt rises there below the waist. This long sad horizon of life without the hallucinogen. The pixie dust, the dancing fairy stardust, the cold hard rotten bones. His hand was in mine, gnarled tree branch claws hanging on. I was the words inside the dirt hiding and making everything green. Yes me, his earth was my body this wrath shook from.  Sharada Devi