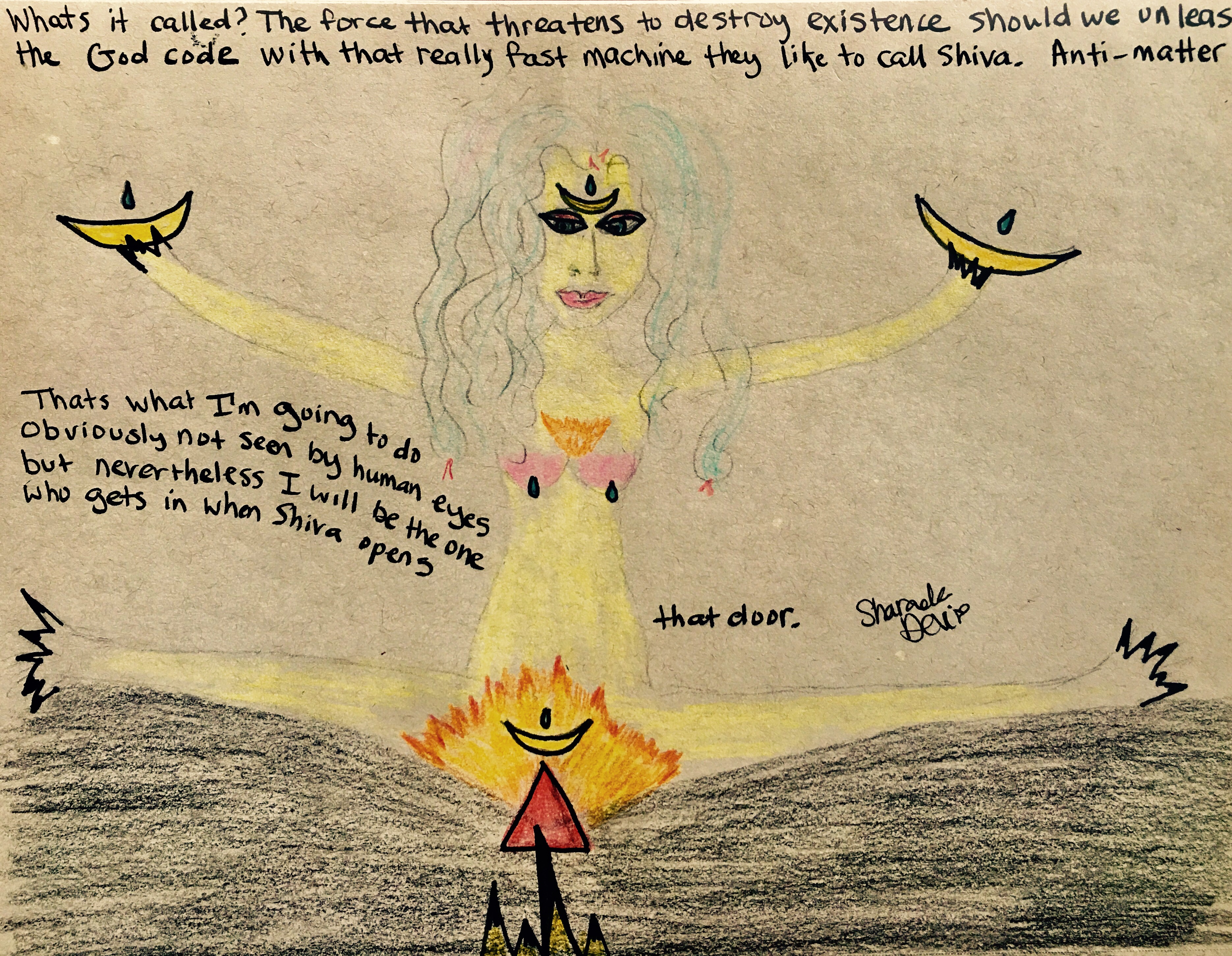 I need to get a printer that does color too. Do you recommend any particular one? One I can plug both my phone and computer into. I can’t see what I’ve done, it’s too vast. I would like to make a special book. A book that says it all by saying nothing at once. That’s up to the secret to speak in between. That’s my purpose, it’s that black anti space that engulfs everything – and we never even see or realize- we just look at the obvious shapes. I may be sharp but not obvious whatsoever.

What’s it called? The force that threatens to destroy existence should we unleash the God code with that really fast machine they like to call Shiva…

That’s what I’m going to do. Obviously not seen by human eyes but nevertheless I will be the one who gets in when Shiva opens that door.

My book. Will be this, not anything stupid like looking through a tiny camera hole at a whale spouting water. The whale is below. And way bigger and prolific than our little focused eyes on simple shapes can ever fathom. I will write from the black waters where the sound is a pulse that overtakes the body. I will say what they say. I do not need to move in a line, I can be everywhere all at once.

Dark and covered in bright birth. Humans are far too afraid of the radioactive realm of both places touching. But I am not afraid. I am a drowning prophet gurgling God until the end. But the end will never reach me. That’s how I know the edge that can never even be. I am proof of the place no one is looking. Where all the power sucks from. My book will be folding in from both sides. The recipient will be lost in the undertow. Unable to stop the pull of that world he listens from. They named him Shiva, I never called him anything. I only kept moving because I knew he heard me coming.

So please let me know a printer you would recommend. A mouth for my voice. I cannot depend on the little fish, they are being eaten by my pen as I write. I came here as too much. I will leave with nothing. If I unload these messages I will be born without a sound into his arms. And, my love, this is about my eternal search for true love. Like any book anyone ever wanted to read. I am the only one, literally a toothless vampire unable to die until then. And so my book is the only book that exists. All else is foreplay. I made the baby with death, that’s how bad life lives in me. My book is special. I simply need to get a printer. Let me know,  Sharada Devi