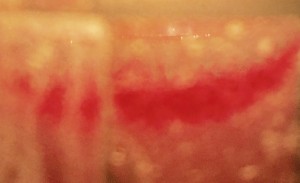 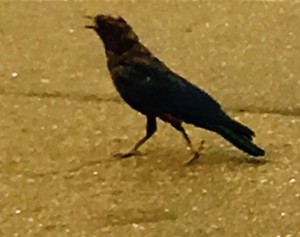 I sit in this room all alone looking out. At trees and rain. At emptiness. I would rather not see myself this way. As the winter approaches. As cold sets in. As things get buried even deeper underneath whatever has fallen. When I wasn’t watching. What I lost on the bottom that will soon go unseen. For a long time. It already has. Winters have passed. It never seems the same. Year after year, seasons blend into nothing. Nothing but endless cycles of pain and compensation. Of death and hopeless new beginnings. I sit here alone. People mean nothing to me. I can’t shake the haze of my dying. Which is all this has ever been. A slow, from beginning to end. Watching myself dying. Fruitless and broken. Like the branch that dangles and sways in the wind. Rain on the body of Christ. Whose looking anyway, but the memories of what we hoped we’d uncover. Like the sky hiding God. Or the heart holding love. But none of it matters, it’s all just a cloud relieving itself of dense weather weight. It’s not a poem or even a story. It’s just how things fall, for no reason at all. Back to death because there’s nowhere else to go but there. Nothing to do but remember. Fate. How I got here, sitting with no desire at all to get up. To matter to you. To do anything holy or prosperous. No. I’m just waiting. To fall like everything does, must. Rise. I could play music but why would I bother, continue with the lie, denial. The clock ticks from the wall, overhead and I listen, loud and clear. Every tick another death. Every tock a pointless beginning. The truth of me is that I am not free. I am a product that simply thinks too much and it’s a cruel torture. Whoever made a mistake like me. Whoever put her brain in place. Must know the suffering I could cause by dwelling with infinity as my number. Must have known I’d fuck up every head I could. Could we wake up, could the sun talk. Could we make a stand for any reason at all. Not to be here, useless pitiful space wasters eating money and shitting out tears that stench like dead bodies. The ones we’ve eaten ages ago. And we imagine the sin could be remedied by donating old clothes or opening doors for old people already on their way out. By inculcating our children into this sodomy. By sharpening our teeth while we sleep all the while. Well, I won’t be in this. I just won’t. So goodbye and good luck with your family and career. With your graceful aging and your stifled rage. With your eating disorder and your child you’re turning into your mother. With it all. The man who doesn’t love you. The woman whose so weak she wears makeup. The old forgotten bones of the dead dog. Well I didn’t forget. And I’m not going anywhere but down. Like the sun when it’s over. Whispering everywhere that although tomorrow comes it doesn’t matter at all stupid fucking human people. Wake up. You bore me to death. No one is saved either that’s a fantasy lie. You only rise when you die because that’s what steam does. The rest goes into the dirt, dog bones that mean absolutely nothing. But the seed doesn’t rot. The seed grows more evil and rises again in the steam of the earth’s desire to penetrate. Penetrate. And so he does and she gets knocked up. And the wicked child is born causing trouble. Because nobody is looking at what we did to get here. Why. Why are we fruitlessly fucking each other to death? Why won’t you stop hurting the child by being you?
You. Mother. You. And I mean everything. This planet. Universe. Collapsing fuck point in space.
Everybody, just a bad version of me. Worse. And so why would I bother mentioning flowers or friends or tombstones that read, “rest in peace.”
As if that were possible. The lies are more boundless than God. The beliefs are the devil that keep us all serving the pain of more pain. And of course the useless, endless dying. The trees with no fruit. The rain with no eyes. The earth with no heart. The sun with no warmth. My voice with no sound. Words without meaning. The seed without a worthy womb is my sorrow.
So goodbye as best I can is what I’m doing now…and then this crow came and perched on the broken branch, sideways and just stared at me through the window. There was nothing left to say. Or do.

You. Mother. You. Sharada Devi 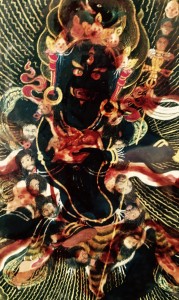 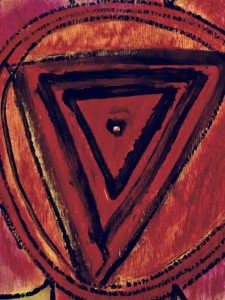 20 thoughts on “and then this crow came”